Aim: The aim of this study is to report the rare anomaly of accessory cusp present in the tricuspid valve.

Case description: During routine dissection of normal adult formalized heart for undergraduate medical students at the Department of Anatomy, SGRD Medical College, Amritsar, we noticed four cusps of the right atrioventricular valve. They were anterior, septal, posterior, and accessory valves which were anterolateral in position. The septal cusp was the largest of all. The papillary muscles were anterior, posterior, and septal and one for the accessory cusp.

Conclusion: This anomaly is important for the cardiothoracic surgeon for correcting their defects.

The right atrioventricular valve is a heterogeneous structure having three valves: anterior (superior), posterior (inferior), and septal.1 Sometimes the number of cusps may vary or accessory valves are seen in between the main cusps. The valve is a fold of endocardium strengthened by the fibrous tissue.2 Accessory tricuspid valve is a rare congenital cardiac anomaly that is seen commonly in children with complex congenital anomalies.3 Two main types have been defined: mobile and fixed. The mobile type is a parachute-like leaflet floating freely in the right ventricle via a long chordae. The fixed type is firmly anchored to the interventricular septum by a short chordae.4 Initially, the accessory cusp of the tricuspid valve was described by Tandler,5 Testut and Laterjet,6 and Jastrzebski.7 Diseases of the tricuspid valve are less common though they are associated with mitral valve or aortic valve diseases.8 Ebstein’s anomaly is the commonest congenital anomaly of the tricuspid anomaly in which there occur downward displacement of the basal attachment of the posterior and septal leaflets.9 Tricuspid valvular diseases usually require valvuloplasty or replacement and require a detailed anatomical knowledge of valvular cusps for the preparation of prosthesis.10 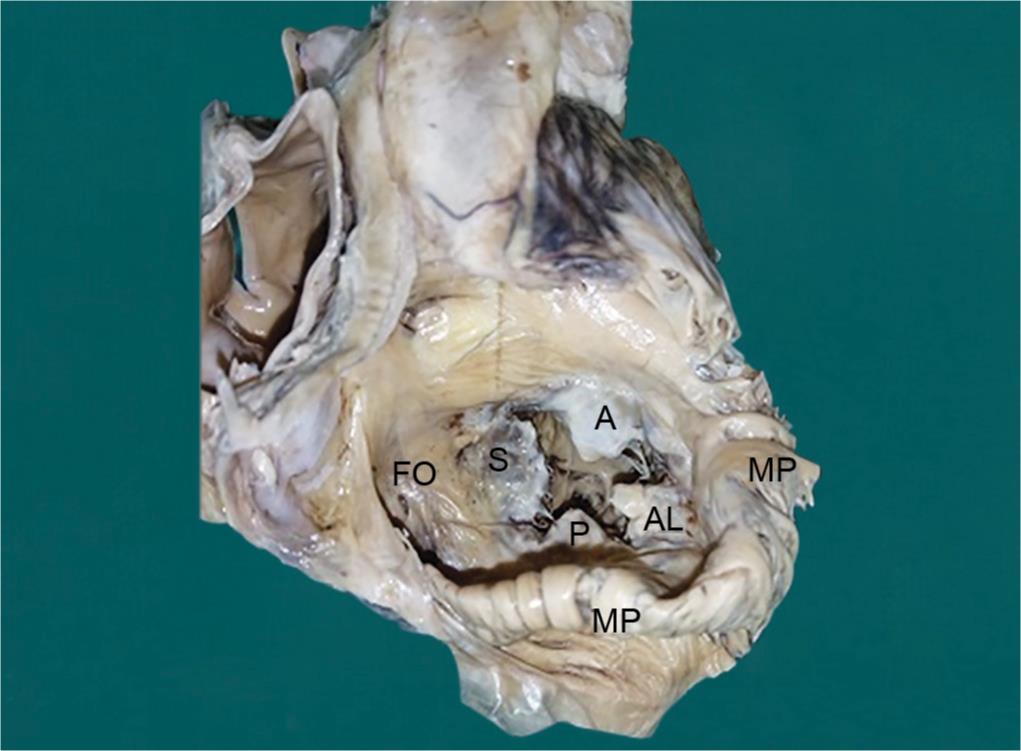 The atrioventricular valve develops by the excavation of the supporting ventricular myocardium at the fifth week of the intrauterine life. The cavitation of the ventricular wall forms a sponge work of muscle bundles. Some of them become trabeculae carneae and the remaining form the papillary muscles. The complete atrioventricular valve is fully developed by the eighth week of the intrauterine life.11 The four cuspidal tricuspid valve is the most common anomaly of the accessory tricuspid valve cusps.12 The frequency of the four cuspidal tricuspid valve is 36.15% by Skwarek et al.,13 10% by Kocak et al.,14 Chauhan et al.,12 and 8% by Sutton et al.15 (Table 1). A study by Gerola et al.16 showed that the commonest pattern for the tricuspid valve was three cusps, while four cusps if present were classified as anterolateral in position. Similarly, Ankolekar et al.17 reported a case with an accessory valve which was anterolateral in position and was also seen in the present case. The present case had the shape of the anterior, posterior, and anterolateral cusps as triangular except the septal cusp which was quadrilateral in shape which is contrary to the Skwarek et al.13 who gave the triangular shape of all the cusps and Motabagani et al.18 who gave the most common shape of the septal cusp as semicircular. In the present case, the septal cusp was the largest in size followed by anterior, anterolateral, and posterior cusps which was in contrast to the study done by Shwarek et al.13 and Motabagani et al.18 in which the anterior cusp was the largest of all the cusps. The height of the accessory cusp in the present study was 14.3 mm but Chauhan et al.12 gave the mean height of the accessory valve as 15.60 mm and Skwarek et al.13 showed the mean height as 14.88 mm. In most of the cases, the accessory cusp of the tricuspid valve was associated with other cardiac malformations. The treatment included is either the chordal replacement or augmentation with the expanded polytetra fluoroethylene suture.19 The present heart under study had no other valvular or muscular malformation. 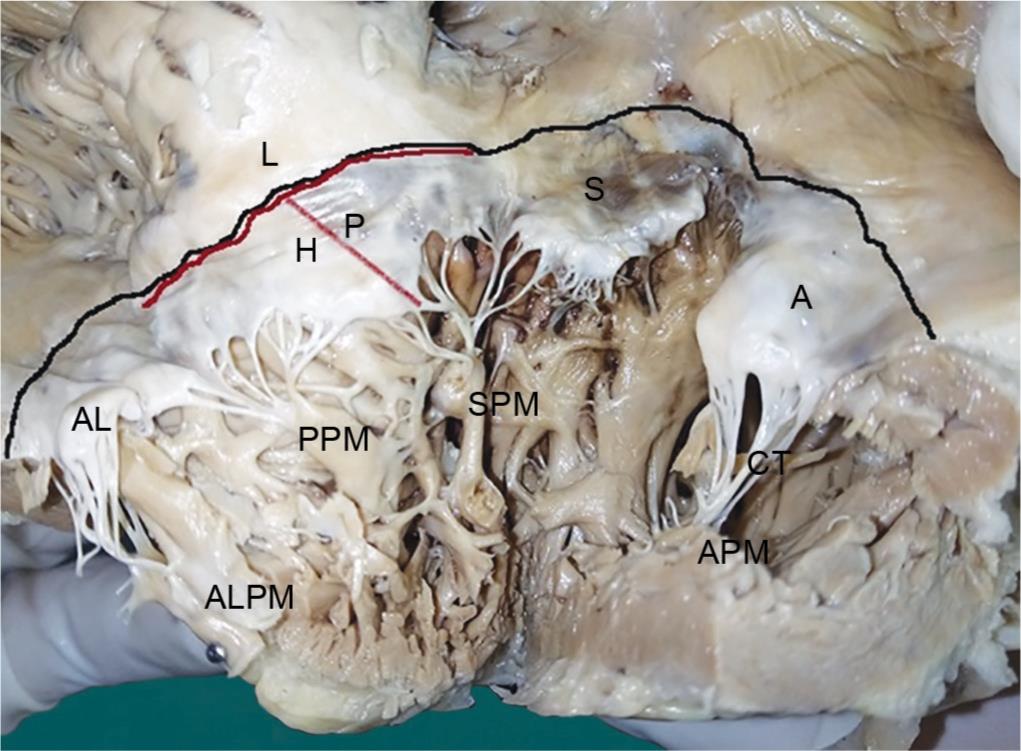 13. Skwarek M, Hreczecha J, Dudziak M, et al. The morphology and distribution of the tendinous chords and their relation to the papillary muscles in the tricuspid valve of the human hearts. Folia Morphol 2007;66:314-322.