Comparison of Arterial vs Venous Ammonia Levels in Hepatic Encephalopathy

Conclusion: Arterial ammonia levels correlated better with the presence and severity of hepatic encephalopathy when compared with venous ammonia levels.

It is theorized that neurotoxic substances, including ammonia and manganese, may gain entry into the brain in the setting of liver failure. These neurotoxic substances may then contribute to morphologic changes in astrocytes. In cirrhosis, astrocytes may undergo astrocytosis, and astrocytes become swollen. They may develop a large pale nucleus, a prominent nucleolus, and margination of chromatin. Arterial levels best prognosticate circulating ammonia, correlating to hepatic encephalopathy severity.7 In acute liver failure and cirrhosis, arterial ammonia levels of >150 μmol/L predict a poor outcome6 and correlate with increased intracranial pressure (ICP) and cerebral edema. This may lead to increased intracranial pressure and, potentially, brain herniation.8

The present study was an observational study which was conducted after clearance from ethical committee in 60 patients of hepatic encephalopathy admitted to emergency ward/intensive care unit of Sri Guru Ram Das Institute of Medical Sciences and Research, Vallah, Amritsar. All the patients were apprised of the study to be carried out on them and their written informed consent were obtained and recorded on the consent form. A complete clinical examination of patients was done. The patient were screened for liver function tests, renal function tests, complete blood count, prothrombin time, ammonia levels both arterial and venous and other routine investigations.

All patients with clinical evidence of hepatic encephalopathy.

Collection and Processing of Blood Sample

Blood samples were collected from all the patients under aseptic conditions. For ammonia estimation, arterial and venous samples were collected on the first, third, and fifth days of admission. Their sample were centrifuged immediately and analyzed within 30 minutes of centrifugation on fully automated analyzer by Siemens RxL Dimensions. Patients were also thoroughly examined to know the grade of hepatic encephalopathy. Then, arterial and venous ammonia levels were correlated with the severity of hepatic encephalopathy. The results were compiled and statistically analyzed.

This study was conducted on 60 patients of hepatic encephalopathy with maximum number of patients in the age group of 51–60 years of age constituting 36.7% patients (n = 22, of which 19 were males and 3 were females; Fig. 1).

On the basis of etiology, most of the patients were found to be alcoholics followed by hepatitis C positive. 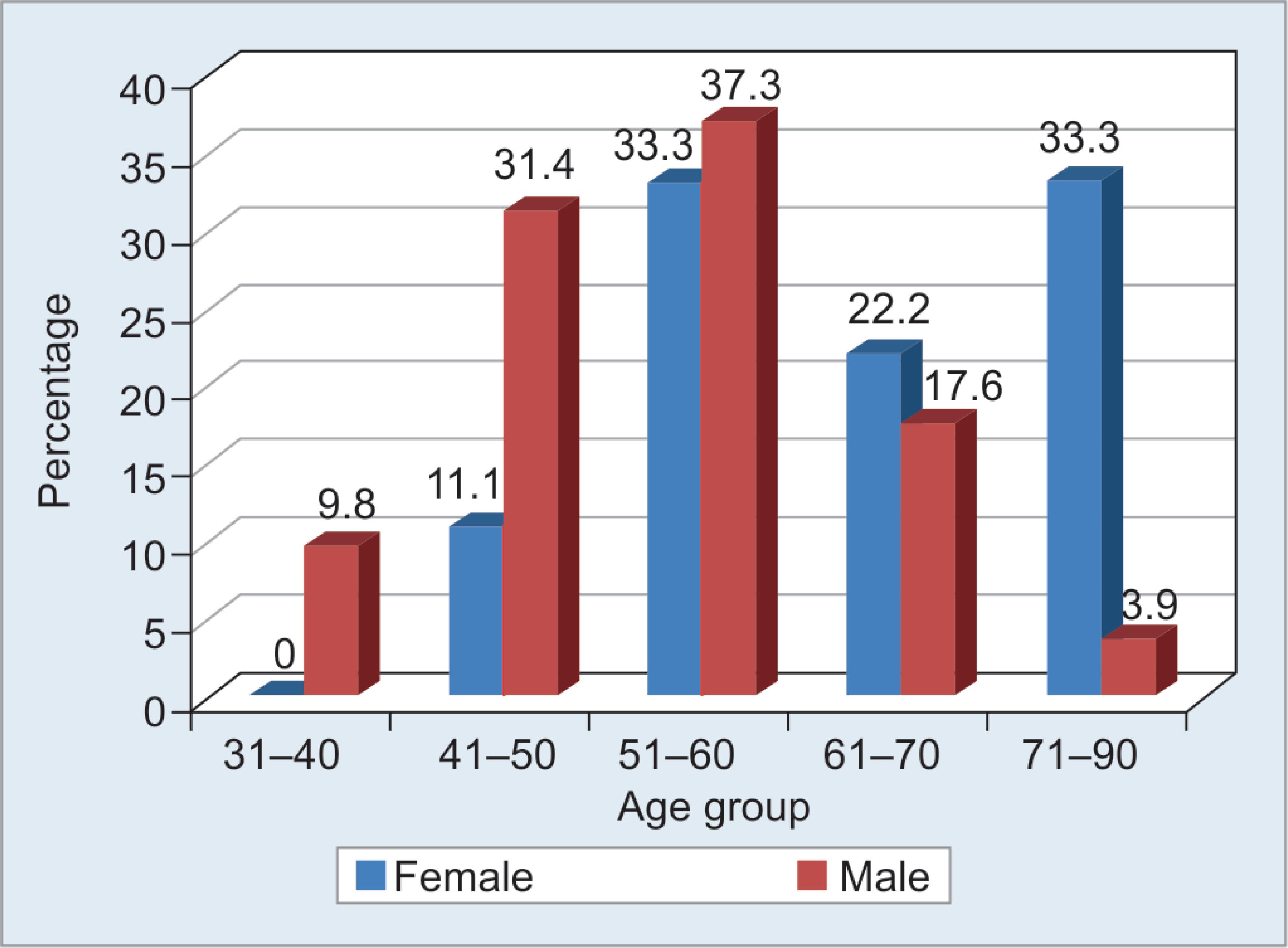 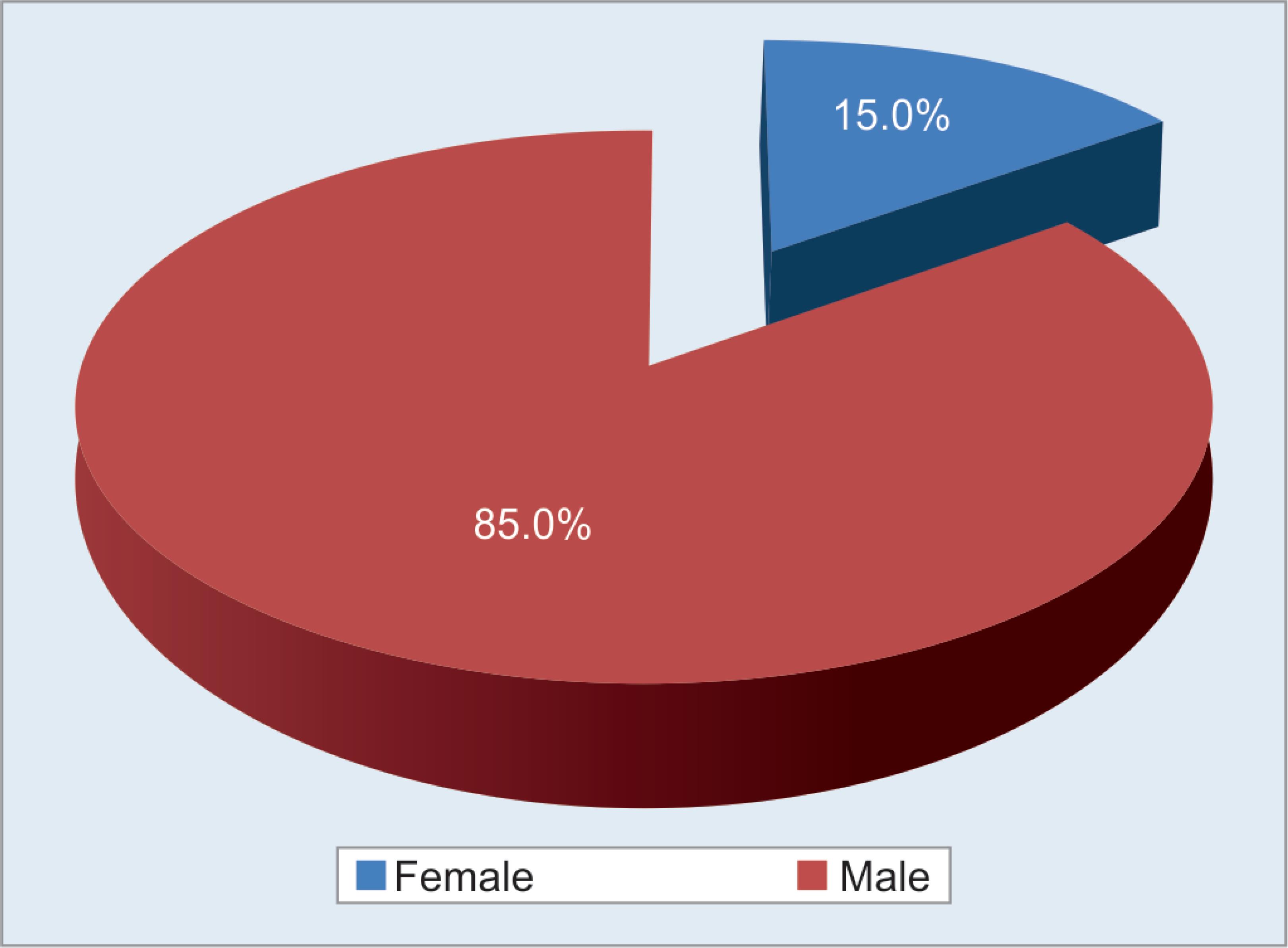 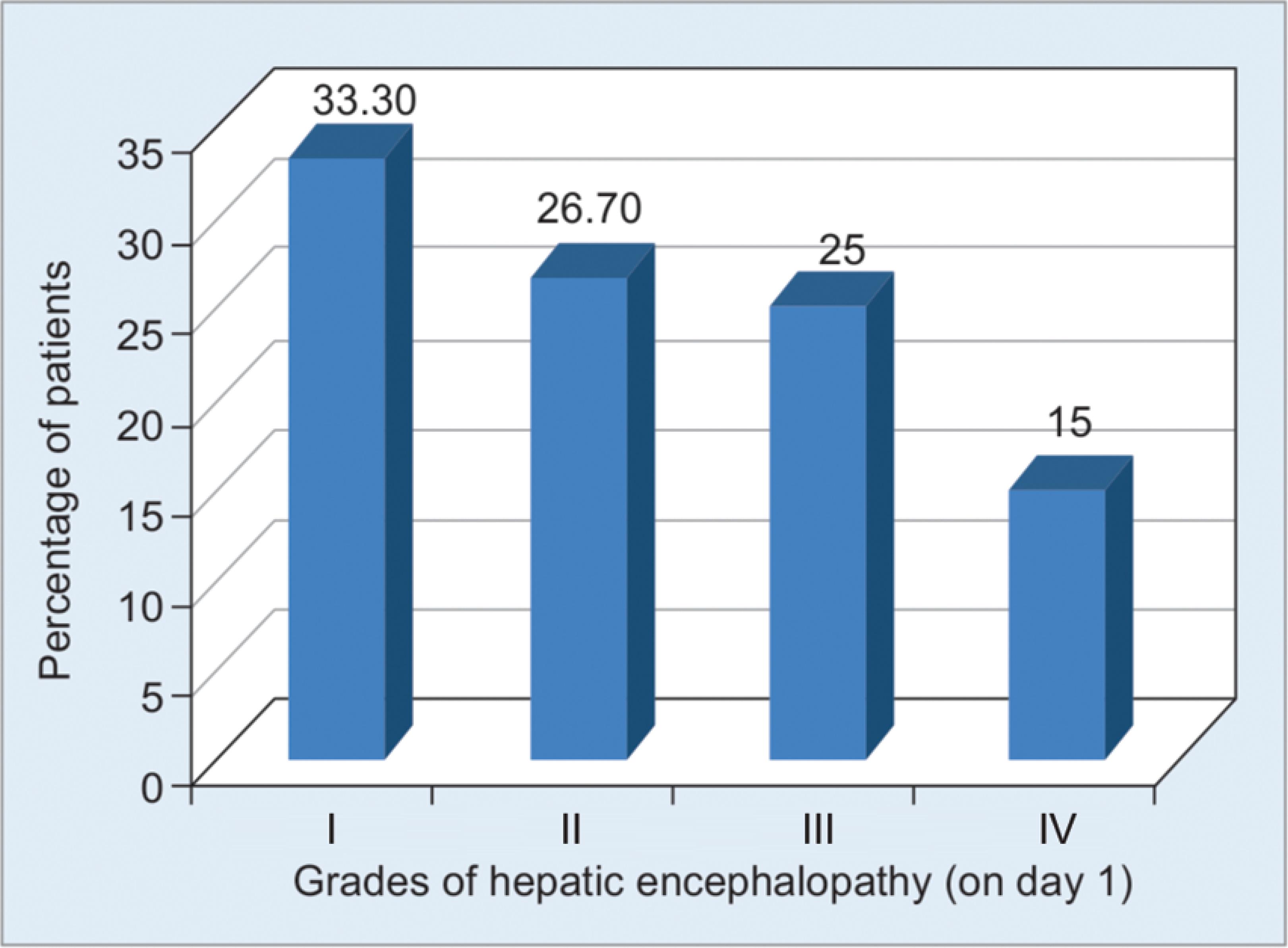 Fig. 3: Percentage of patients in different grades of encephalopathy on day 1 of admission 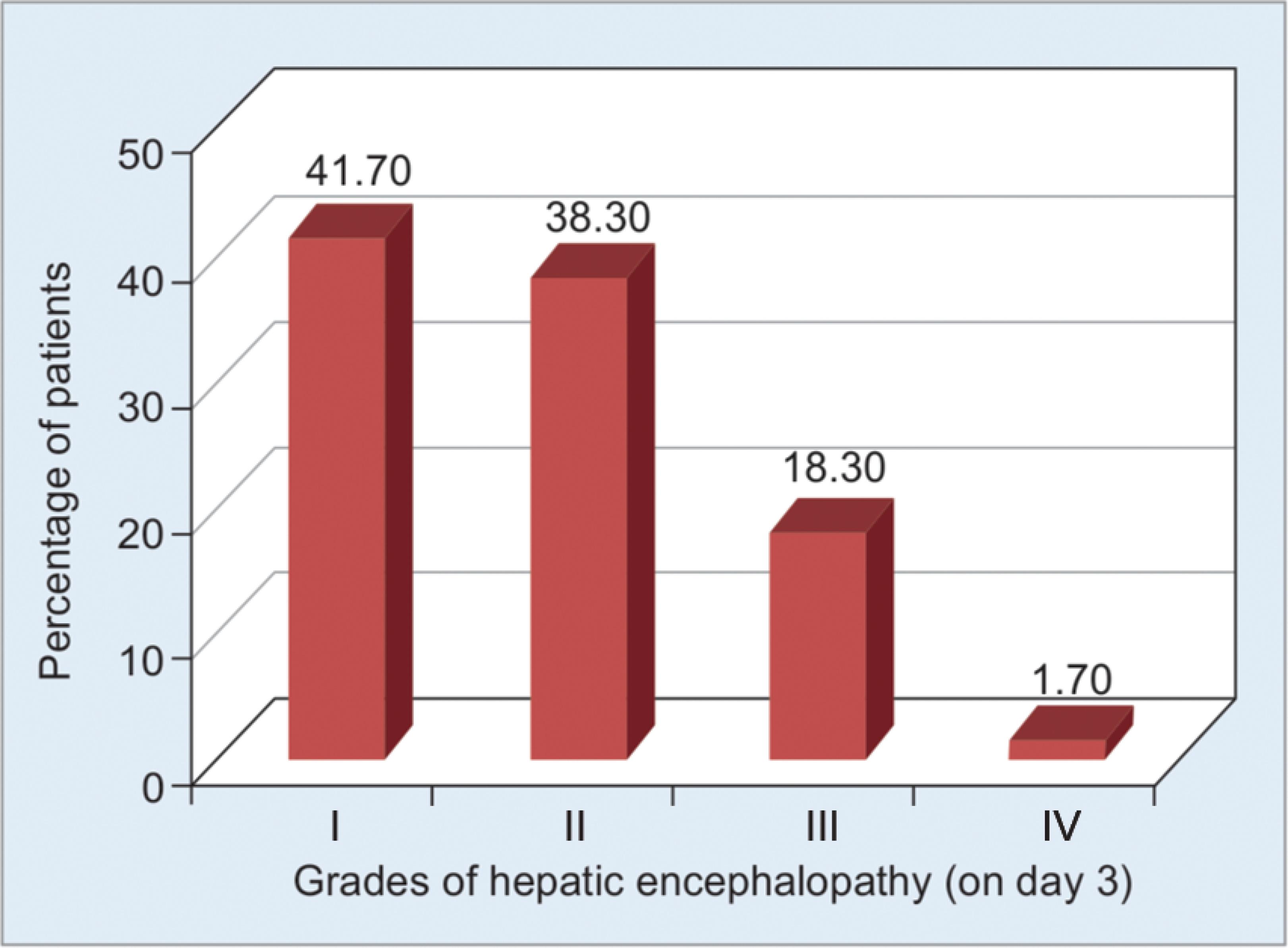 Fig. 4: Percentage of patients in different grades of encephalopathy on day 3 of admission 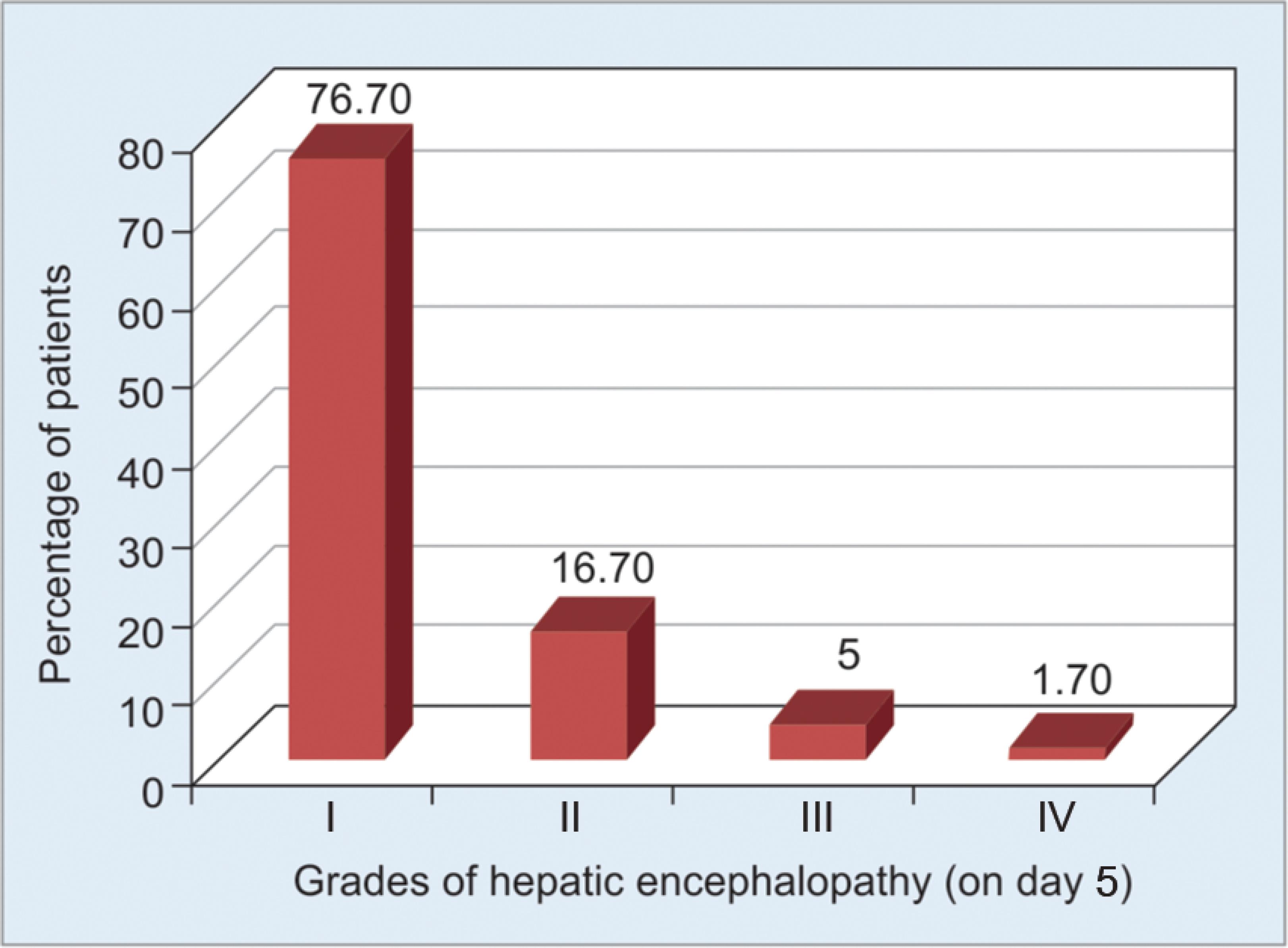 Fig. 5: Percentage of patients in different grades of encephalopathy on day 5 of admission 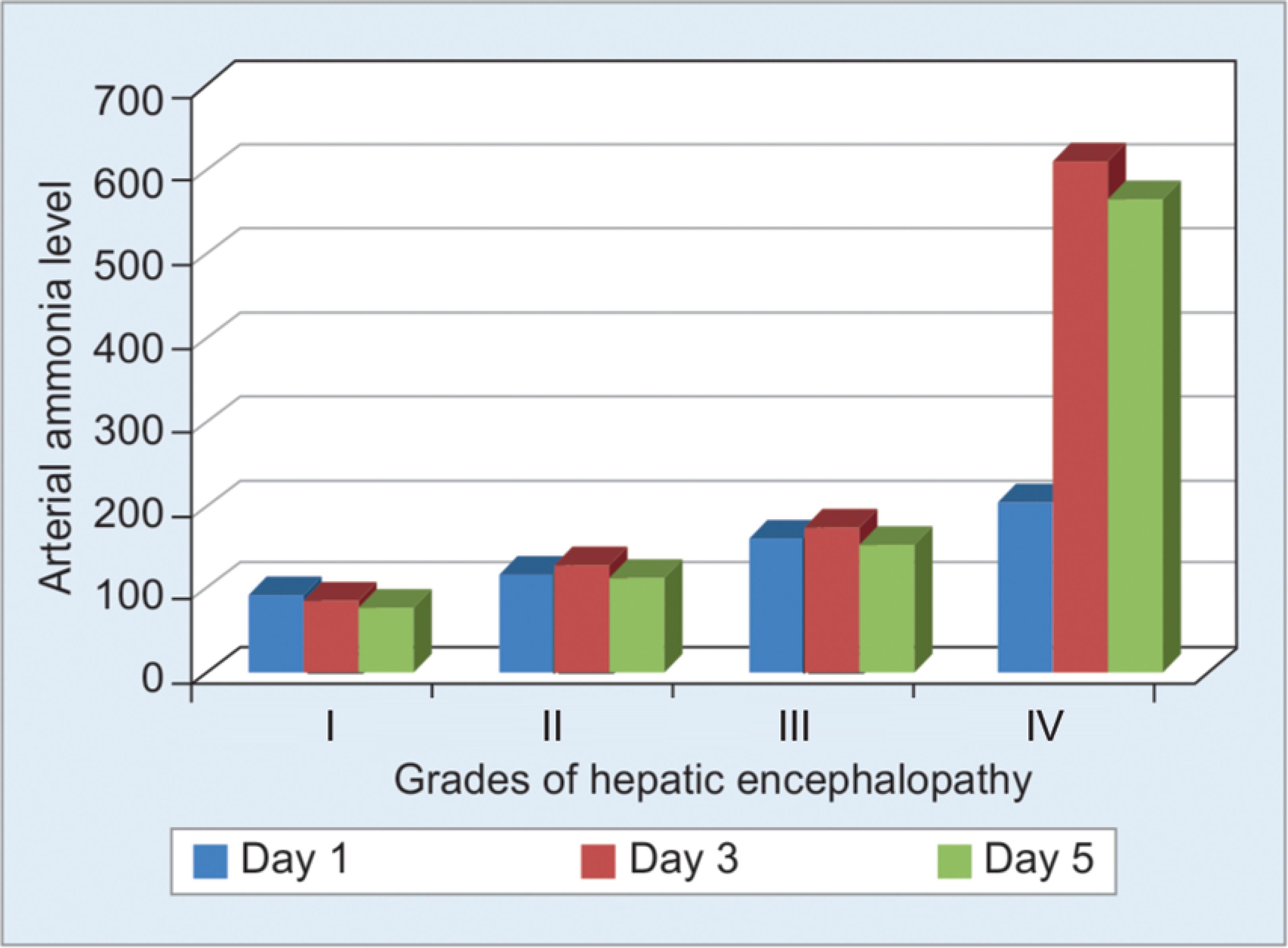 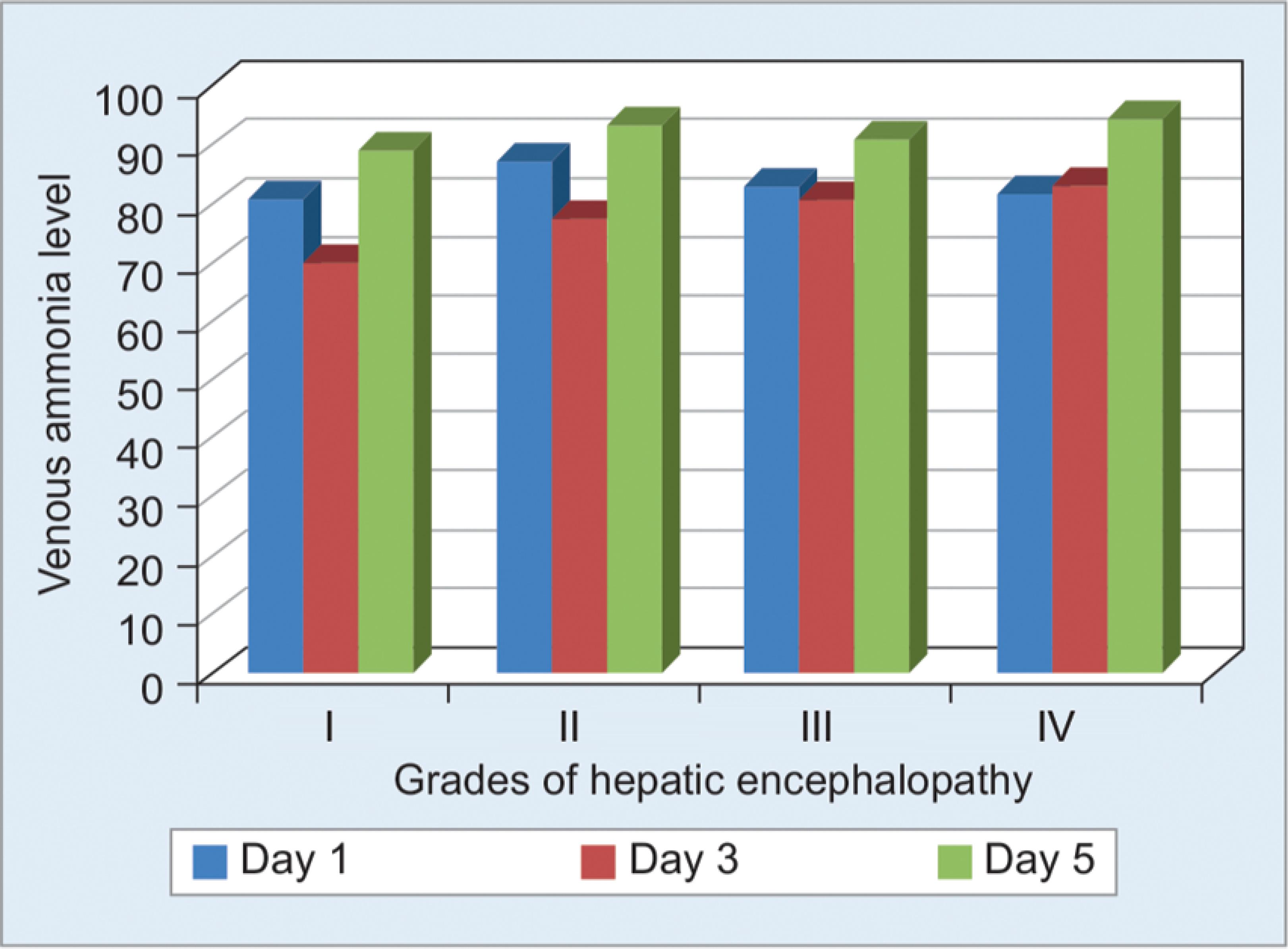 Stahl et al.13 in his study had found that estimation of arterial ammonia in drowsy with suspected liver failure was of diagnostic significance.

In the study done by Nicolao et al.,14 it was observed that highest ammonia levels were seen in grades III and IV hepatic encephalopathy groups.

In the present study, it was observed that serum creatinine values increased with increased grades of hepatic encephalopathy, and this correlation was statistically significant. In cirrhosis, the diagnosis of renal failure is defined as a serum creatinine level of more than 1.5 μg/dL, which corresponds to a glomerular filtration rate of approximately 30 mL/minute. Elevation in serum creatinine is a common laboratory finding for patients with cirrhosis and can indicate the presence of either an acute kidney injury or chronic kidney disease.20

The conclusions of our study are as follows:

Incidence of hepatic encephalopathy was more in males than females.